"THE FUCK-UPS OF SOCIETY"

Oceans Turn Red was founded in 2013 with a setup of two guitarists, a bassist, a drummer and a vocalist. After a lot of lineup changes, we ended up with four members. We play a mix of Deathcore and Death metal with the occasional metalcore influence. Most of us are fans of bands like Thy Art is Murder, Whitechapel, Infant Annihilator, Carnifex, Macabre and Suicide Silence. Our lyrics are filled with themes like corruption, terrorism, religion, depression, etc. Summarized: "the fuck-ups of society!".

See you in the moshpit!

Dennis Bandstra is the vocalist of Oceans Turn Red. Dennis is 22 years old and was born and raised in Leeuwarden. He has been practicing with his voice since he was 15 years old and that was also when he met Douwe, the drummer. Dennis just started learning how to play the guitar and also practices the drums whenever he has time leftover. Besides making music he works as an administrative assistant at Hardwarecity. 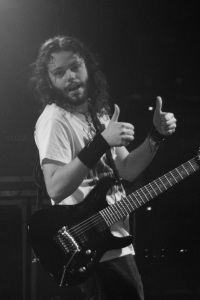 Martijn de Bruijn is the guitarist of Oceans Turn Red. He is 23 years old from Heerenveen. Martijn is the main songwriter of the band and plays guitar since high school. When not listening or playing music, he works as a freelance app/web developer. 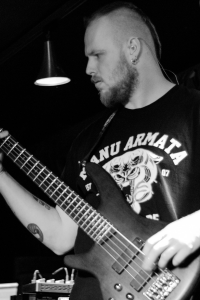 Arjaan Martini is the bass player. He is 27 years old and a metal freak, besides that he loves gaming and fishing. He started practicing the bass seriously when he joined the band. 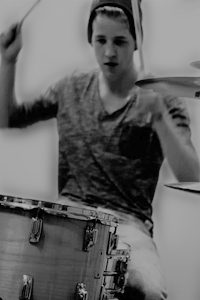 Douwe Schilstra is the drummer of the band. Douwe is 20 years old and he grew up in Leeuwarden. He has been playing the drums for over more than 10 years now. Oceans Turn Red has been together since 2013 and before that he was in another band together with Dennis, the vocalist, which turned out in nothing. Douwe studies Communication and Multimedia Design at NHL and works in the kitchen at Rhodos, a greek restaurant.

There are no upcoming events at this time.